As a young seminary student, one who had grown to love the liturgy of the Church, I was struck by the paucity of material available to Lutherans for praying the traditional daily prayers of the Church. Our hymnals had next to nothing in terms of propers for daily prayer. The liturgies contained in them, while edifying, were lacking in many ways.

In our liturgics class and in the seminary chapel I was made aware of the Daily Office and its numerous hours of prayer. I was intrigued. Why were these hours of prayer abandoned (for the most part) by the Lutheran Church? Why did we not have them in our hymnal? Why had our church drifted away from corporate liturgical prayer into the (often more pietistic) realm of private personal devotions? These questions led me to begin study of the traditional Daily Office Hours (or Liturgy of the Hours) and the history of daily prayer in the Western church.

About the same time, a fellow student and friend, John Paul Salay, was asking similar questions. As a class project, and for his own devotional use, he produced material for a Lutheran revision of the Roman breviary. I loved it. But I thought it could be improved upon. For one thing, it lacked music. For another, it was hard to use. What I wanted was something like Salay’s breviary, but with music… perhaps gregorian chant!… and maybe readings from the Church Fathers!!… and some of our great Lutheran hymnody too… and… well… more! But it would have to be easy to use and reflect the best liturgical and theological traditions of the Western church. So I began work on my own Lutheran breviary.

The first iteration of this project was presented at seminary for a class project in a liturgics class. But it was far from what I envisioned it could be. At the same time I wrote my senior thesis on the theology of the Daily Office and why it ought to be restored in the Lutheran Church. (I hope to post this paper, or a revision of it, at some point in the near future). Thus began a 22 year journey.

In the mean time others were working on their own versions of a Lutheran breviary. The most significant of these is the Brotherhood Prayer Book edited by Rev. Ben Mayes and Rev. Michael Frese, which is now in its second edition. This is truly a fine resource for praying the Daily Office, one I have recommended to many people. (Pr. Mayes was a student worker of mine for a short time and generously helped proof some of my early work on Oremus: a Lutheran Breviary some 15 years ago.) But the BPB can be difficult to use, utilizing, as it does, traditional gregorian notation for the chants and the more archaic King James translation of the Scriptures. It also lacks daily devotional readings from the church fathers. I was tempted to lay down my project now that this fine book was available, and did for a time; but I still wasn’t quite satisfied, and believed that a new breviary was still needed, one that might have broader appeal, be easy to use, and offer richer devotional content.

Then Concordia Publishing House came out with their Treasury of Daily Prayer, another fine resource for daily liturgical prayer. Once again I was tempted to lay aside my work on the breviary. But once again I found myself dissatisfied. While a useful devotional tool, I found the TDP to be far too text-heavy and lacking in many of the elements of the Daily Office. There was much to read and think about, but not much to pray or sing in this volume. So I kept going, determined to produce a breviary that was faithful to the Western tradition, striking the proper balance between prayer, reading and devotion.

Well, here it is at last. After 22 years of work, I am most pleased to present Oremus: a Lutheran Breviary. Oremus includes everything one needs to pray the Daily Office of the Western church – the liturgies, chants, seasonal and weekly propers, daily patristic readings, hymnody, feasts, commemorations, with the NKJV Psalter and canticles – all under one cover.

I pray that you will find it a most edifying addition to your devotional life, and perhaps even to the worship life of your congregation.

And check back here every once in a while for blog posts about the theology and practice of the breviary, details about using the breviary, and even additional material for use in your daily prayers. 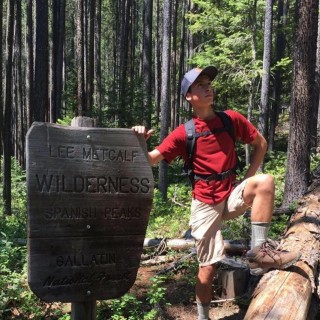